Ethiopia is located in the Horn of Africa. It has no direct connection to the sea.  Import and export go by the harbours of Djibouti or Somaliland. Ethiopia is now a federal state: the Federal Democratic Republic of Ethiopia. It consists of 11 regions, which have a certain level of autonomy. In this the capital Addis Ababa is a region with a special status. The Oromo and Amhara regions are the biggest, more than half of the population of Ethiopia lives in these two regions. Regions have their own culture and language. Amharic language is the official language.

Ethiopia has a very old history, many cultures, tribes and languages. The queen of Sheba is a well-known person in the bible; she visited King Solomon in Israel. In the past the name of Ethiopia was Abyssinia.  Until 1972 Ethiopia was an empire; the last emperor was Haile Selassie.

Ethiopia is the only African country which has not had a period of colonization. The Italians did a military occupation from 1936 until 1941, but were thrown out by the allied forces. The empire with Emperor Haile Selassie was restored; in 1972 he was removed by the communistic regime of Mengistu Haile Mariam. The present president is since 2012 Haile Mariam Desalegne.  He is the successor of Meles Zenawi, who was the prime-minister from 1992 until 2012. Ethiopia has a one-party system.

Ethiopian inhabitants are very religious. They can hardly imagine that someone doesn’t have a religion. About 35% of the Ethiopians are Muslim, 45% is Ethiopian Orthodox Christians and 10% is Protestant. A small minority has traditional beliefs. The Muslims live predominantly in the border regions with Somalia and Sudan. Until now the different religions have no big problems to live together. All children go to the same primary and secondary schools.

The educational system in Ethiopia is well organized. More than 90% of the children go to the primary school: 6-15 years. The number of drop-out is a problem, but is decreasing. The problem is bigger for girls than for boys. Girls are kept home to help in the household or sometimes they are sent to Arabic countries for working in households of rich people.

The vocational education is called Technical Vocational Education and Training, TVET. The system is relatively weak and the infrastructure and equipment are poor.

The number of universities is growing very fast. That means that more and more Ethiopian youngsters become high educated.  Gradually they adopt more modern lifestyle and have other demands to how they live and what they eat than their parents. Processed meat will become more and more common. Kentucky Fried Chicken is busy to get permission for building restaurants in Ethiopia. 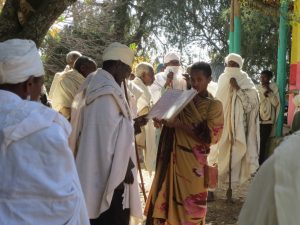 Ethiopia has one of the largest livestock populations in Africa.  According to governmental statistics, there are approximately 50 million cattle, 50 million goats and sheep. Next to that there are many horses, donkeys and camels. Chicken and pigs are present in smaller numbers. The cattle and meat sector is very important for the national income. The export of beef is the most important; poultry meat is not or hardly exported.

The Ethiopian government stimulates export of meat; this contributes to the needed for foreign hard currency. A quality care system for the international market is developed. It is rather weak and needs to be improved. For the national meat market the existing quality care system is poor.

The governmental Livestock Master Plan  gives roadmaps for growth and transformation of this sector.  It also calls for increases in dairy, chicken (i.e. broiler), and egg production to satisfy increasing consumer demand for affordable livestock proteins.

The chicken business also shows promising opportunities.  The government of Ethiopia is focusing on expanding chicken meat production in order to reduce the country’s longstanding dependence on the livestock sector, minimize the sector’s environmental footprint, and provide more affordable protein to the masses.  However, even with this anticipated increase in chicken meat production, demand is expected to be bigger than the supply.  In fact, Ethiopia recently started importing chicken meat from Ukraine and Brazil.

SME has analyzed the situation for beef and poultry.  The organization Fair & Sustainable did this research. The results are published in two Rapid Market Analysis (RMA) reports: 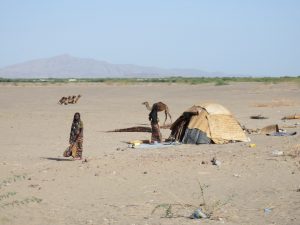